Mental scripting as a teaching and learning strategy

Mental scripting – planning and rehearsing self-talk (also known as the inner voice) in order to more effectively deal with stressful or challenging situations such as exams. 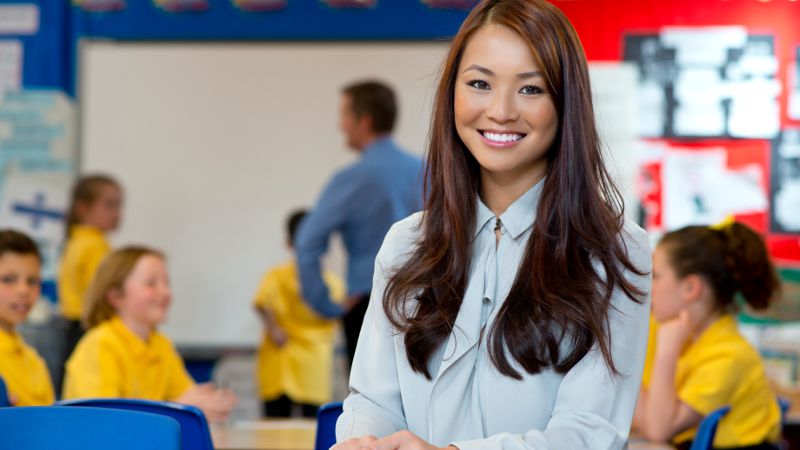 Mental scripting is a self-talk technique that involves planning and practising a way of thinking (usually to complete a task more effectively). A student first writes down the steps they plan to take in order to complete a given task. The student then repeats these steps in their mind (self-talk) while they visualise doing the task. They do this over and over – sometimes hundreds of times. When the real event or situation occurs, the script is followed automatically which means the situation is managed much more effectively.

When the real event or situation occurs, the script is followed automatically which means the situation is managed much more effectively.

Teachers use mental scripting for 2 main purposes. Firstly, mental scripting can be used to improve mental health, self-concept and self-belief. This is often called self-scripting and it is a common technique used by mental health professionals. Self-scripting usually begins with the student writing down or verbalising their thoughts and feelings about an issue or topic. For example, students often have a negative perception of their maths abilities and will say things like ‘I can’t do this – maths is not my thing’. This common type of negative self-scripting leads to procrastination, off-task behaviour, lower levels of motivation and an unwillingness to attempt new challenges. Unfortunately, negative scripts begin with (or are inadvertently reinforced) by adults such as parents and teachers, who innocently say things such as ‘don’t worry, I was never good at maths either’.

The second type of mental scripting is akin to verbal visualisation. This type of script is commonly used in preparation for procedural tasks and may sound like this: ‘Do this…then do this….Finally do this…’. It is also employed to provide a structured approach to otherwise difficult situations or tasks. For students with disabilities, mental scripting can help with life skills such as shopping and making friends. For older students, mental scripts can guide them through exams and tests. The result is reduced stress and anxiety, improved time management and efficiency and a higher overall performance. A typical script to help a student complete a maths test may sound like this:

‘First, fill in the details on the front, then read through all of the instructions carefully.
Don’t get stressed about anything that looks hard at this point.
Second, write down the 4 formulas I have memorised on the back of the exam book.
Third, let’s break the test down into easy, medium and hard sections on blank paper.
Okay let’s do these easy bits now.
Now which of the medium questions can I break into several smaller easy bits…okay done.
Quickly work out what percentage I have now done – 70%.
I haven’t even tried the hard stuff, but I’ve probably already passed. The hard stuff is just a bonus, so even if I get those questions partly correct, I’m happy.
What parts of the hard stuff are actually easy? Let’s narrow it down so I can do the easy parts of the hard parts.
What don’t I know or what can’t I do? I’ll apply the formulas the best I can for those for part marks.’

Mini-mental scripts like the one above can be used for each question on a test to give students a way of tackling more challenging tasks. Without these techniques, some students will simply skip over seemingly difficult questions. A procedure may look like this:

Having organised and practised a pre-arranged approach to an exam and to each individual question has several benefits. Firstly, students are more confident from the outset and are less likely to judge their performance by the most difficult question. Secondly, students spend more time analysing and planning their response. This is important as many students simply jump straight in without thinking about the best approach – this wastes time and results in poorer marks. Finally, it shows students how effective systematic learning can be. By scripting a procedure for a given task, students simply apply that procedure almost irrespective of how complex and detailed the question may be. Mental scripting (and in particular, developing procedures for a task or problem) means more cognitive power is available for solving the problem – less effort is needed for thinking about what to do next or trying to remember something.

Mental scripts reduce the likelihood that students will panic at the start of an exam – without them, they may get overwhelmed and only notice the most difficult questions while ignoring the fact that answering most of the exam questions is achievable. Students can be taught mental scripting to divide and conquer, to work out their expected score to build their confidence, and to have a strategy for tackling the questions they don’t know (such as clearly setting out workings for part marks).

Mental scripting is used in many adult learning contexts as well. Take for example a pilot who is learning to fly a plane. Let’s call this student pilot Rachael. Rachael has 20 hours of flight time and is 3 weeks away from her pilot licence exam. Rachael knows that she will need to do all the pre-flight checks, taxi to the runway, take all radio calls, take-off and climb, demonstrate a specific number of manoeuvres (fly straight, sharp turns, stall, avoidance manoeuvres, etc.) and finally land. Rachael writes out everything she will be tested on and writes out a script for each. She practises each script over and over in the comfort of her living room chair, while driving, while standing in line at the bank and whenever she has time. She spaces out her learning over the 3-week period (see spaced practice).

When the exam day finally arrives, Rachael’s testing officer comments that she can fly a plane ‘like a pro’. Rachael was successful because she simply employed her mental script for each part of the test. As she had developed a high level of automaticity, Rachael did not have to worry about remembering what to do – all her mental power was funnelled into flying the plane (see cognitive load theory explained elsewhere).