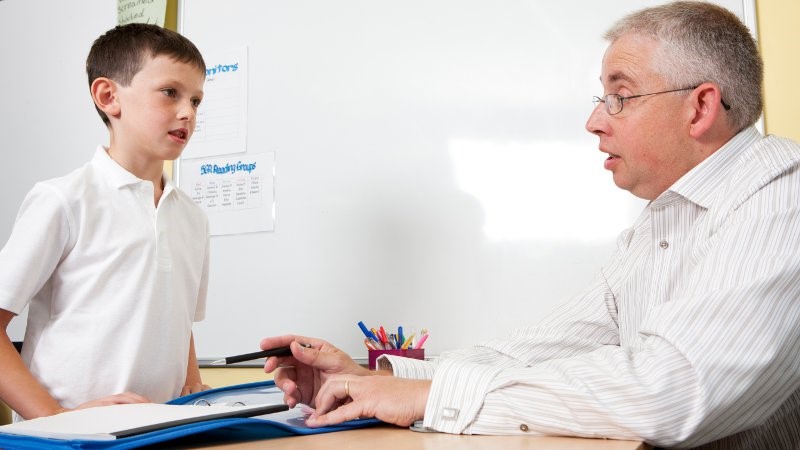 Identifying why a strategy failed in the first place is an important step in determining what to do next.

One of the biggest concerns for teachers is when behaviour management strategies fail. Unfortunately, regardless of your experience, training, teaching style or personality, your strategies will fail from time to time. In fact, they will probably fail on a daily basis – it’s a normal part of the job that all teachers come to expect and should come as no surprise or shock.

Before we begin discussing what to do when strategies fail, let’s briefly think about why strategies fail. Identifying why a strategy failed in the first place is an important step in determining what to do next. It may have failed because the technique selected was drastically under-proportionate to the undesirable behaviour. On the other hand, the student may have simply missed your subtle cues in the case of low-key responses. Maybe you were trying out a new technique and just didn’t quite pull it off. Maybe the technique was simply not up to the job given the student’s tendency for attention-seeking or off-task behaviour. In a worst-case scenario, the student is purposefully defiant and testing the boundaries.

Hint: Research shows that students make choices when faced with a behavioural response from their teacher. For example, they may resist, comply, argue or avoid (Egeberg & McConney, 2017). This is only part of the picture however, and students may not comply for many other reasons such as unclear messaging, distractions or a processing disorder.

Whatever the reason, identifying the cause of the failure is important. It cannot be assumed (as many teachers are trained) that the student was purposefully non-compliant or defiant. Students rarely choose to defy teacher’s orders – there is often a more nuanced reason. They are continually calculating the risk-reward ratio. A student who is having a bad day or who really wants the attention of their friends may decide that a small head shake from the teacher is worth the risk. It is extremely rare for students to misbehave purely to annoy their teacher. Yes, the teacher will be somewhat aggrieved and irritated by misbehaviour, but that is usually not the student’s actual intent (remember our discussion on root causes earlier). The teacher must change the risk-reward ratio, so the offending behaviour is no longer a viable option for the student. This ratio is adjusted by escalating the teacher’s response.

Hint: Before escalating, allow time for the student to comply. The student might seem like they are ‘playing games’ but in fact he or she may be trying to save face in front of their peers. Students do this by not jumping at their teachers’ commands immediately. These behaviours (such as 30 seconds of talking after being asked to stop) are called secondary behaviours. Ignore secondary behaviours. Also consider a follow-up enforcer to nudge them in the right direction (a follow-up enforcer is a second, lesser response a minute or so later).

Have you ever lodged a complaint with a bank or telephone company? One way to resolve your problem faster is to ask for it to be escalated. An escalation means the situation has become more serious and an elevated level of attention and expertise is required to resolve it. This is similarly the case in the classroom environment where more and more assertive responses are necessary to fix the problem.

Briefly returning to our discussion of an earlier technique in this book – minimal necessary force – you may recall the ‘scale of undesirable behaviours and proportionate responses’ table which outlined the various levels of student behaviour on a scale of 1 to 10, along with appropriate teacher responses. With minimal necessary force, the teacher chooses a response that requires the least amount of energy to adequately address the problem behaviour. This also means the least amount of disruption.

When a teacher decides to escalate, they have made the decision to increase the seriousness of their response. This happens when the initial response fails. Using the level system as a basis, suppose the teacher uses a level 3 response which subsequently fails. A level 4 response is then called for. Normally best practice is to go up 1 level at a time (level 3 to 4, level 6 to 7 etc.). This is in keeping with the concept of minimum necessary force.

The teacher must change the risk-reward ratio, so the offending behaviour is no longer a viable option for the student.

However, in some instances, the teacher may escalate by up to 2 or more levels. This can happen if the teacher realises that their initial response was drastically under-powered or if the student behaves unexpectedly (defiance or verbal attack for example). The teacher needs to be careful not to escalate in a way that is disproportionate however, as that will initiate a defensive reaction from the student.

There are various tactics that you can try before escalation. You may throw in a bit of humour, ‘come on John, you can sit near the window and work on your tan’. Maybe try a second response (repeat or alternative) at the same level, a lower level response (a ‘follow-up enforcer’), or even the ‘talk and walk’ explained later in this book. You could even selectively ignore the non-compliance and follow-up later by having the student stay back after class. The point is that escalations pose a risk and should be implemented with caution, particularly at higher levels. An escalation from level 2 to 3 or even to 4 is not really a problem. An escalation from level 6 to level 7 or 8 is a significant jump in the time, energy, attention and seriousness of the response as well as the number of people involved. At lower levels, the goal is minimal disruption. At higher levels, the goal is managing behaviours of concern.

Here is a break-down of the escalation process step-by-step. In reality, your approach will be much more fluid:

Hint: There are several issues with a tiered or stepped-escalation system. One of the biggest issues is that these systems are often very time consuming to implement. For this reason, teachers often jump levels or don’t bother with a lower-level response if they know it probably won’t work. The concept of minimal necessary force means an otherwise proportionate response may actually be disproportionate to the behaviour if the teacher expects it would be ignored. This is not to say that it is okay to use disproportionate responses all the time, but there are occasions when the stepped-escalation concept is not applicable or workable.

Sometimes students see the teacher’s first response as more of a suggestion. This can often happen with older students and adults, and it is particularly common when the teacher is asking for behaviour that is inconsistent with the usual expectations. For example, the teacher normally allows students to talk quietly amongst themselves. Today however, the teacher (for whatever reason) wants students to practise in silence (maybe they have been a bit off-task and need to calm down). 2 students fall into their usual habit of chatting away with each other and this happens more than once after being reprimanded. The teacher could escalate (what the various tiered systems advise), but there would be no point in this case. The minimum force required is a simple reminder – not an escalation as there is no malice or other bad intent in the students’ behaviour. What we can take from this example is that every behaviour management strategy or technique is a guide only – not a law that must be blindly obeyed. No single strategy applies 100% of the time.