A guide for classroom teachers, teacher aides and students 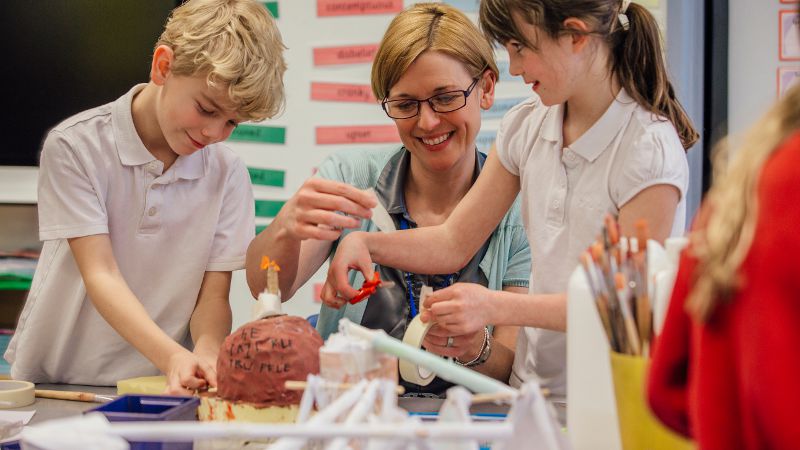 A person’s IQ is traditionally thought of as the best way to judge their intelligence. IQ tests are designed to compare a person’s problem-solving abilities to the wider population. An IQ score of 100 is the average of all people who take an IQ test. But what if IQ was just one way of measuring intelligence? What about social intelligence – the ability to communicate, convince and persuade others? What about people with artistic and creative skills, such as architects and graphic designers? What about professional athletes, musicians or everyday people who are good at working with their hands? Surely these people are ‘intelligent’ at what they do.

The theory of multiple intelligences (first conceived by the now famous developmental psychologist Howard Gardner) argues that there are many different types of intelligence – 8 in fact – with no single type more important than any other.i Gardner’s 8 categories of intelligence are verbal-linguistic, logical-mathematical, visual-spatial, bodily-kinaesthetic, musical-rhythmic, interpersonal, intrapersonal and naturalistic. A person’s intelligence level is not the same for each category. For example, a person that thrives in a team environment and has ‘the gift of the gab’ might score extremely high in the interpersonal category but low in several other categories. For some industries, such as child-related and caring industries, a high logical-mathematical intelligence is not as useful as a high verbal-linguistic and interpersonal intelligence (a teacher’s primary job is to communicate after all).

Based on the theory of multiple intelligences, 2 people can be as ‘smart’ as each other but in very different ways. For example, a person with high naturalistic intelligence may be very well regarded in the field of ecology or agriculture – they could be one of the best ecologists in the world. However, they may have much lower levels of other types of intelligence, such as verbal-linguistic. On the other hand, someone who is traditionally thought of as being intelligent (by the IQ measure) may score very low on several of the intelligence types identified in Gardner’s theory. The multiple intelligences theory highlights that intelligence comes in many different forms. Additionally, it hinges on the context and tasks that a person undertakes – intelligence in one situation does not always equate to intelligence in a different situation.

Based on the theory of multiple intelligences, 2 people can be as ‘smart’ as each other but in very different ways.

The main takeaways from the theory of multiple intelligences are as follows:

Hint: a common trap for new teachers is to ‘teach the way they were taught’ or to teach using strategies, learning styles and intelligence types that work best for them. For example, an extroverted teacher high on the intrapersonal intelligence type and low on the logical-mathematical type may heavily favour activities that reflect their personal learning preferences and strongest intelligence type, while de-emphasising or outright dismissing other approaches that don’t match their preferences, values and beliefs.