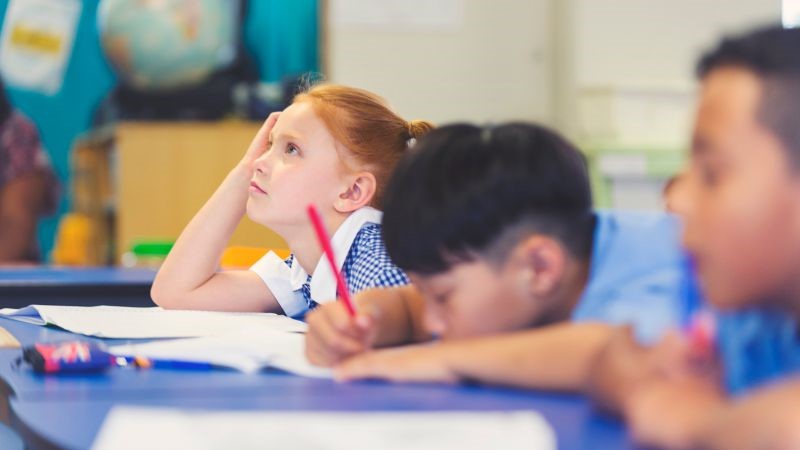 Escape-motivated behaviour is a problem for many teachers. It comes in 2 forms, both of which are very closely related. First, escape-motivated behaviour is most commonly associated with students with special needs; namely autism and other neurological, social or intellectual disorders. It is common for students with autism to ‘do a runner’ (which is teacher-talk for literally running out of the room and usually away from school grounds). A support worker usually follows the student and stands about 50 metres away to ensure he or she is safe – any closer and the student will further retreat. Eventually the student calms down and can be coaxed back to school.

The second form of escape-motivated behaviour comes from the small percentage of students who learn that being sent out of class (either directly outside the room or to the office/principal) helps them to achieve their goal of avoiding school work. This behaviour is a flight response due to the fear of (public) failure. They are the most difficult type of task-avoiders to deal with because they often bait teachers and are happy to escalate very quickly. This behaviour is not associated or caused by a disability or disorder and is commonly found among a teacher’s most challenging students (1-2 per 50-60 students). For most teachers, this extreme behaviour will be the most challenging issue they face. These students’ learned behaviours is rooted in a combination of procrastination, fear of failure, fear of losing face, habit, lack of motivation, lack of clear and achievable goals, frustration, and a sense of being so far behind (often due to absenteeism and exclusion).

In some rare and unfortunate situations, school managers who receive the student at the other end unintentionally encourage escape-oriented behaviour by providing one or more rewards. The student may enjoy a friendly conversation with office staff or the principal which is much preferred to being in class. This makes it very hard for the teacher and increases the frequency of the behaviour. While the behaviour was originally triggered by challenging activities, the student gradually lowers the bar and seeks a removal command whenever he or she ‘can’t be bothered’.

While both forms of escape-motivated behaviour have the same intention – to escape something – the way they are addressed is vastly different due to the differences in their root causes. Both require planning, a systematic team approach and a multi-pronged effort to arrest the problem. Data should be collected, analysed and presented to the student, parents and other staff. For students with a disability or disorder, a range of strategies can be put in place including picture cards, social stories, mental scripts, curriculum adjustments, short-sharp activities, time-out/downtime, response blocking, rewards and so forth.

With students with disabilities or disorders, picture cards are a common approach. The student is explicitly taught to recognise an impending meltdown and provided with a means to communicate their need for a break or alternative activity. The picture card is given to the teacher who allows the student to engage in another activity for a limited period (to potentially return to the existing activity at a later point). In this strategy, the means of communication (meltdown) is replaced by a visual cue. The reward (escape or avoidance) is replaced by a reward of higher value (downtime with a favourite activity for a limited period). To look at it another way, the meltdown is viewed as the student’s way of communicating (which is replaced by a preferred method of communication) and the running away is seen as the reward (which is replaced with an even better reward – a ‘high-value treat’). The hope is that the student learns new habits and the frequency of incidents gradually declines.

On the other hand, chronic task-avoiders need a different approach. First, any ‘rewards’ from being sent to the office need to be curtailed and neutralised. This means planning the way in which managers deal with the student when he or she arrives so there is minimal communication (and certainly no lollipops). In fact, the manager should be short and terse so the student feels very uncomfortable. This plan needs to be on paper and agreed to by all parties – a unified approach. No longer will the student think, ‘I’ll just go to the front office and have a casual chat with Mr Murry instead of doing the work set by the teacher which required too much effort in my opinion’.

Hint: If a student is being removed from class regularly, consider what instructional changes can be made to prevent the need to avoid failure or feelings of frustration. If the student is attending class on most days you know there is some desire to participate – maybe it is the teacher’s curriculum that needs adjusting so the student experiences the success of achieving micro-goals. By achieving goals (however small), the student gradually re-builds self-esteem and starts to think, ‘I can do this’. He or she will be more willing to ‘have a go’ in other words. Teaching students that there is nothing wrong with failure and frustration (and in fact that it’s expected) is a worthwhile class discussion.

Other consequences may be imposed such as requiring the student to return to class in his or her own time to apologise. Requiring any missed work to be completed during the student’s lunch break or another leisure activity may also be useful as it means the behaviour was ultimately not successful. Expect a huge amount of resistance in the beginning if this approach is used, and plan carefully. Have the student stay back during free time to ‘make up for lost time’. Holding a student back from their lunch or other break even for 2 minutes is considered a harsh penalty by most students. The key is to not allow the behaviour to go unnoticed – there must be some consequence every time it happens in order to correct the behaviour and to have any chance of reducing the frequency of the behaviour.

The teacher now needs to look at their curriculum to determine why the student is so keen on escaping. For many students, it is a habit that has persisted for years with multiple teachers. This means it is difficult to break but still not impossible. Some best practice options are to ensure each lesson is full of short-sharp activities, is fast-paced, has a variety of activity types (e.g. visual, silent, pair, whole-of-class, games), is full of engaging resources and opportunities to respond, has clear goals and milestones, and that the student regularly experiences success.

Typical run-of-the-mill techniques should also be implemented as a matter of course: positive prompting, rapport building, seating plans, routines and structure, the use of data, mental scripting to replace negative thoughts with positive ones, and metacognitive skills. In addition, the student should be made aware that the behaviour is known as ‘escape-motivated behaviour’ and the reasons for wanting to escape are identified.

Finally, the student may need an individual education plan (IEP) that is developed and negotiated by (and acceptable to) all parties. This IEP should enable the student to catch-up to the standard of the rest of the class (or at least the average). In some instances, these students may need to attend a remedial or intervention program not only to fill gaps in their core knowledge but to build their confidence in writing, reading, maths and science. An IBP is also common so all parties agree on a plan to address the issue.