An ‘advanced’ strategy that is actually easy to implement and use day to day.

Cognitive load theory – the brain has limited capacity for cognitive tasks. Removing unnecessary lower cognitive tasks (such as trying to remember facts or formulas) frees up cognitive power for higher-order tasks such as problem solving. 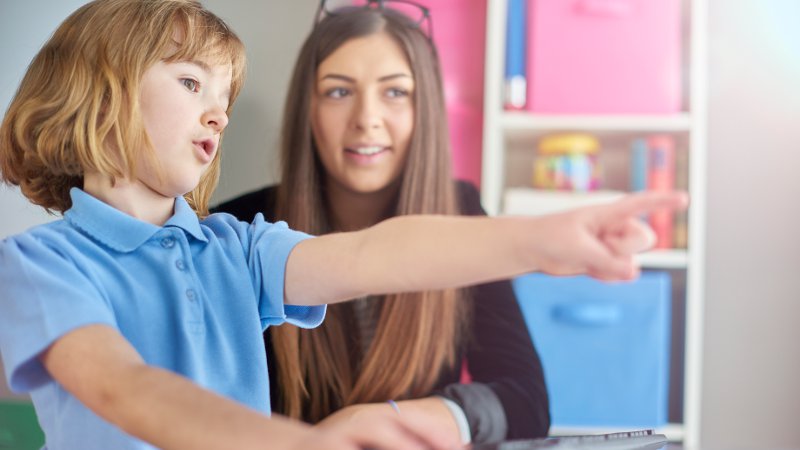 Cognitive load theory is more of a useful titbit than a teaching strategy. It is premised on the idea that our brains have a limited mental capacity at any one time. As cognitive power is finite, useless mental tasks can be removed to make room for higher-order tasks. You can think of our cognitive power like a jar of lollies – only so many lollies can fit into the jar at any one time. Teachers often try to stuff students’ cognitive ‘jars’ with way too many ‘lollies’. However, an effective teacher carefully selects which lollies are put into the jar and which can be left out. Wasteful cognitive tasks (such as memorising facts and figures) are removed from the learning process. This frees up cognitive power for higher-order tasks such as analysing, linking, creating and solving.i 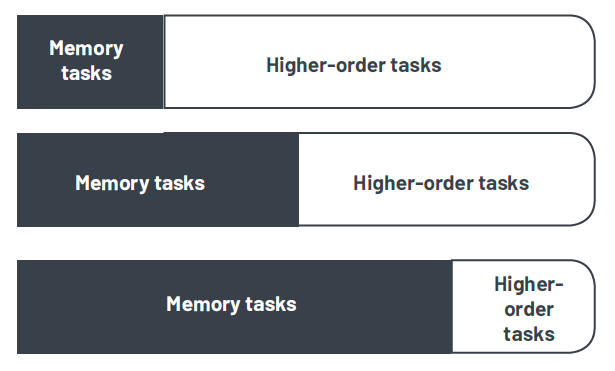 As cognitive power is finite, useless mental tasks can be removed to make room for higher-order tasks.

Cognitive load theory is particularly relevant when designing and developing assessments. For example, imagine a human biology exam where the teacher expects students to memorise a large amount of information (such as parts of the brain and the skeletal system). This aspect of the exam doesn’t test a student’s knowledge of the human body as much as it tests their short-term memory strategies. In this example, students with limited surface understanding could potentially out-score students with much deeper understanding of the topic. Students with surface-level understanding use techniques such as mnemonics to remember as much as possible (often by cramming the night before). The first thing they do when they begin the exam is scribble down as much as possible (on a scrap piece of paper) before they forget it. They may get a reasonable score, but unfortunately surface-level understanding means that knowledge is only available to short-term memory, which evaporates completely within a day or so.

Fortunately, many teachers are aware of the limitations of surface learning and put in place questions that test deep understanding. These questions are given extra points to sort out the crammer from the consistent all-year-round learner. An even more effective approach is to provide students with all of the factual information during the exam (such as by allowing a ‘cheat sheet’ or making it ‘open-book’). This would mean that students won’t waste valuable time and cognitive space on shallow surface-learning practices. Instead, their cognitive power would be freed up for practising higher-order tasks such as explaining the relationship between the various parts of the brain. It would also mean that cramming and short-term memory tricks are, for all intents and purposes, useless.

Hint: cognitive load theory doesn’t propose that students should never be required to memorise something. It simply argues that using limited brain power for memory tasks comes at a cost of having less power for other higher-order tasks.

Ironically, students who spend more time on higher-order tasks and less time on memory tasks often end up remembering more in the long run. This is because when we try to memorise large amounts of information, such as for an exam, this information is committed to short-term memory and hence is quickly lost. However, when students have a deeper understanding of concepts and topics, much more information is committed to long-term memory.

Outside of exams and tests, cognitive load theory is relevant to a teacher’s day-to-day practice. Let’s say a teacher does a worked example on the board. Aware of cognitive load theory, the teacher decides that the calculations and multiple steps don’t need to be memorised (at this stage). Calculations are done on a calculator and the steps are listed in a box drawn on the board. With this information provided, students can concentrate fully on learning how to solve the problem; they are not using valuable brain power for calculations (such as 120x3) or for trying to remember each individual step. The teacher’s main concern here is very specific and the learning goal is something like ‘students can apply the process in a worked problem’. There is no indication in this goal that students need to do calculations in their head or to remember the steps (that will probably come later without much effort). If the teacher was concerned with mental calculations, this would be a separate goal (or more likely, a separate lesson).

Hint: working memory is a type of short-term memory that has been shown to be a strong indicator of academic success. Working memory is a person’s ability to work with multiple pieces of information at one time to solve a problem. This type of memory has nothing to do with memorising facts or figures.

For example, the teacher begins a lesson by introducing a maths problem. Once students master that problem, the teacher proceeds to add more complexity: additional details, steps or calculations are added. Once that problem is mastered, the teacher adds even more details and complexity. Each new problem is an extension of the previous problem and students gradually build on their existing skills and knowledge under the close guidance of the teacher.